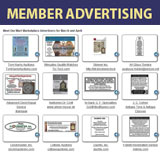 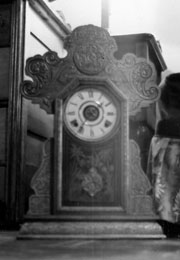 Bertram T. Harrison (MD)
Shown here is a picture of my first clock, made by Ingraham.
The country was still in the Depression in 1937. A neighbor could not afford to keep his house. When he moved he gave me this clock. After World War II I went to watch repair school under the GI?Bill. That is when I?restored the clock to good running condition.
My first watch was given to me in 1940 by a friend of my grandmother. It is a 7-jewel Trenton hunting movement in a open-face case.
I think the first watch or clock in anyone’s collection has a special meaning. For me it was the beginning of a great hobby. 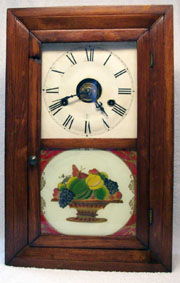 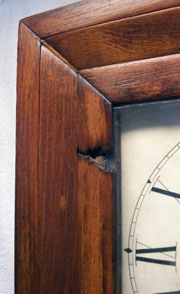