In honor of the presidential election year 2008, the National Watch and Clock Museum in Columbia, PA proudly presented Time in Office: An Exhibit of Presidential Timepieces. Watches, clocks, images, stories and memorabilia of many U.S. presidents comprised a unique exhibit of timepieces used by American presidents to track their time in office as they guided the nation through good times and bad, war and peace, prosperity and depression.

This one-of-a-kind exhibit included many timepieces and memorabilia, brought together for the first time in one museum; some of the objects had never before left their home museums.

Numerous presidential libraries, museums, and historic sites loaned objects and their expertise in telling the stories of the presidents. The Museum also worked with American Political Items Collectors to complement the exhibit with political ephemera of each president represented. “We wanted these very important and unique timepieces placed in proper context with the periods in which their owners served as president,” said Museum Director Noel Poirier. “The presentation of political and campaign memorabilia with the timepieces highlights the fact that presidential time in office is limited in our democratic system of government.”

The National Association of Watch and Clock Collectors’ School of Horology, located across from the Museum, dedicated many hours in the conservation and servicing of several of the delicate timepieces, including the pocket watches of George Washington, Harry Truman, and Rutherford B. Hayes, Truman’s wristwatch and James Buchanan’s tallcase clock.

The exhibit received technical and historical assistance from The James Buchanan Foundation for the Preservation of Wheatland. Financial support was provided by The Richard C. von Hess Foundation of Philadelphia, the Pennsylvania Humanities Council, the Gallet Watch Company, the John Frederick Steinman Foundation of Lancaster, Donegal Mutual Insurance Company, the Pennsylvania Historical and Museum Commission, the Swatch Group, Bully’s Restaurant of Columbia, and several Chapters of the National Association of Watch and Clock Collectors.

The National Watch and Clock Museum was given permission to examine a select number of these watches. Jim Michaels, the Director and Head Watch Instructor of the NAWCC School of Horology, opened 11 of the presidential watches and commented on their condition and uniqueness.

The NAWCC captured this on video and offers these videos for viewing:

This watch was purchased for George Washington, on his request, by Gouverneur Morris in April 1789 from the shop of Jean-Antoine Lepine, clockmaker of Louis XVI.
Total time: 5:45

This watch was passed on to three successive members of the Adams family and was used up until 1927 by Brooks Adams, John Adams' great grandson.
Total time: 3:26

Thomas Jefferson's watch, created by the French watchmaker Vaucher, was given to President James Monroe as a gift.
Total time: 2:11

President Monroe's pocket watch, created by London watchmaker Gabriel, was presented to him as a gift by his sister-in-law after the death of her father, Lawrence Kortwright.
Total time: 4:06

President Rutherford B. Hayes's E. Howard pocket watch included an image of his wife on the inside of the case.
Total time: 3:36

President Franklin D. Roosevelt's pocket watch, created by Swiss maker A. Frankfeld, has a crystal face and was a gift from a Cuban diplomat.
Total time: 3:53 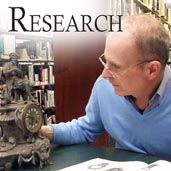 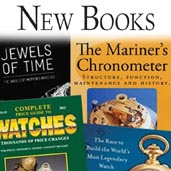