﻿
Many exhibits have been well documented by NAWCC members and staff over the years. Below are recent examples of books or booklets based on exhibits presented at the National Watch and Clock Museum. Exhibits organized by members at NAWCC conventions, regional meetings, and symposiums have also been well documented either as NAWCC supplements or special publications produced by local chapters, some of which are now available through the NAWCC Library and Research Center and some are available for purchase through the NAWCC Store.
The Library and Research Center has lending copies of many books available to NAWCC members.
Check availability in their Online Library Catalog or the Lending Library book list.

Eli Terry revolutionized the Connecticut clockmaking industry in the nineteenth century with his ingenious mass production method and interchangeable parts. He did the impossible—fulfilled the Porter brothers’ contract to produce 4,000 clocks in three years. Terry built precision machine tools, which required gauges for measuring and jigs and fixtures to ensure repeatability. The woods used for the movements were all local: oak for the plates, cherry for the wheels, and laurelwood for the pinions. Peddlers who traveled to distant areas (e.g., southern United States) were the chief means of distributing the clocks. Seth Thomas, a joiner who put the clocks together, worked with Terry.

Terry experimented with several movement models. Many clockmakers imitated Terry’s pillar and scroll style. Women and girls participated in this cottage industry by painting clock dials and reverse painting clock tablets. These were some of the most beautiful timepieces ever created.

By 1838 the introduction of Jeromes’ inexpensive 30-hour brass movement marked the end of the wooden shelf clock business in Connecticut.

Thirty timepieces, dated from 1741 to 1815—the Golden Age of American and Delaware clocks—are featured in Delaware Clocks. Most of the clocks are tallcase, but near the end of the Golden Age table or bracket clocks appeared. This trend also was happening in New England as smaller and less expensive clocks were in demand, and tall clocks were phased out because of their greater expense and difficulty in transporting them by peddlers to far distant places.

The style of imported British and European clocks was copied, but regional differences did develop among the communities of artisans who made these clocks. Square brass dials were common features in the early clocks made in Delaware. The relative standardization of clockworks and dial sizes meant that cases were pretty much the same size and interchangeable.

William Furniss; George Crow; Thomas Crow; the Odessa, DE, clockmakers Benjamin Chandlee and Christopher Weaver and the casemaker John Janvier Sr.; Duncan Beard; and James and Daniel McDowell are some of the clock and casemakers featured in Delaware Clocks.

Harris characterizes the English, German, Swiss, and Scotch-Irish influences on clockmaking in Pennsylvania. He described the makers and included photographs of tall clocks from the counties of Philadelphia, Bucks, Chester, Berks, Lancaster, York, Dauphin, and Allegheny; bracket clocks from Philadelphia and Dauphin counties; shelf clocks from Montgomery, Lehigh, Lancaster, Dauphin, Snyder, Centre, and Allegheny counties; and a dwarf tall clock from Montgomery County.

Carter describes the differences, and Ed LaFond’s drawing clearly shows the English-style and German-style movements. Pennsylvania clockmaking in the eighteenth century was profoundly changed by the immigration of craftsmen from Germany; however, in the nineteenth century, with the cheap 30-hour brass movement shelf clocks by Chauncey and Noble Jerome, the era of handcrafted clocks came to an end.

Military timepieces often were designed like civilian timepieces, but they had to be specially constructed to do specific jobs. Luminous numerals or hands were needed for use at night. On aircraft vibration-free movements and cases were needed to keep timepieces running and accurate. Waterproof watches had to be designed for underwater operations. The timepieces had to be extremely accurate to coordinate timing for missions despite high or low temperatures or stale air on ships or mud in fox holes or trenches. Unbreakable crystals and non-glare dials also were very helpful.

Bricker recounts the evolution of military timepieces as he talks about the first use of the wristwatch in the Spanish-American War in 1898; Lieutenant Theodore Gordon Ellyson, the first naval aviator in World War I; the navigation instruments used by Richard E. Byrd in his flights to the North Pole and the South Pole; the Lindbergh Aviator Watch, designed and worn by Charles A. Lindbergh; Britain’s combination land plane, carrier plane, and seaplane used in World War II; and the chronograph, an aviator’s most valuable instrument that was used to measure time intervals between the firing and the explosion of the shell. 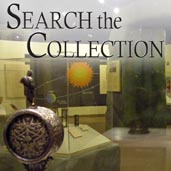 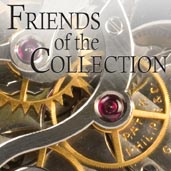 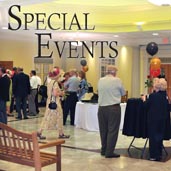